LEGACY, remembering history, looking back at the Federal Building completed by Ben's grandfather Glenn Bohannan in the 1970's.

The Federal Building at 11000 Wilshire is home to the; 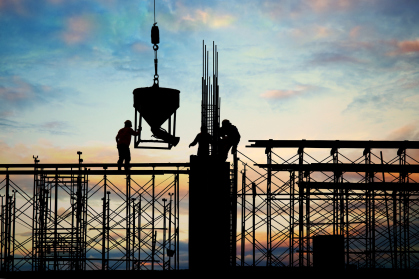 Constructure was established by President & CEO, Benjamin J. Bohannan, a fifth generation builder.  A true American story that began in the 1930’s, Benjamin’s great great Grandfather, Thomas Bohannan worked in constructing transportation by paving the roadways in Southern California area.  In 1949 the family business was registered with California Secretary of State as Bohannan Paving.

In 1958, Benjamin’s great Grandfather Iris Bohannan and his two brothers Therin and Olaf continued the family business as T.O.B.I. Transport which stands for “Therin, Olaf & Brother Iris”, they supplied cement, rock and sand.

Shortly after in 1964, his Grandfather, Glenn Earl Bohannan and his two brothers, continued the family business as Bohannan Bros. Ready Mix Concrete, operating multiple concrete ready mix plants in the greater Los Angles area providing superb service and quality that will be remembered in such buildings as the high rise Federal Building at 11000 Wilshire Blvd., Los Angeles, CA.

5 generations strong, Constructure operates in capacity as general and concrete contractor in the Southern California region.
﻿ 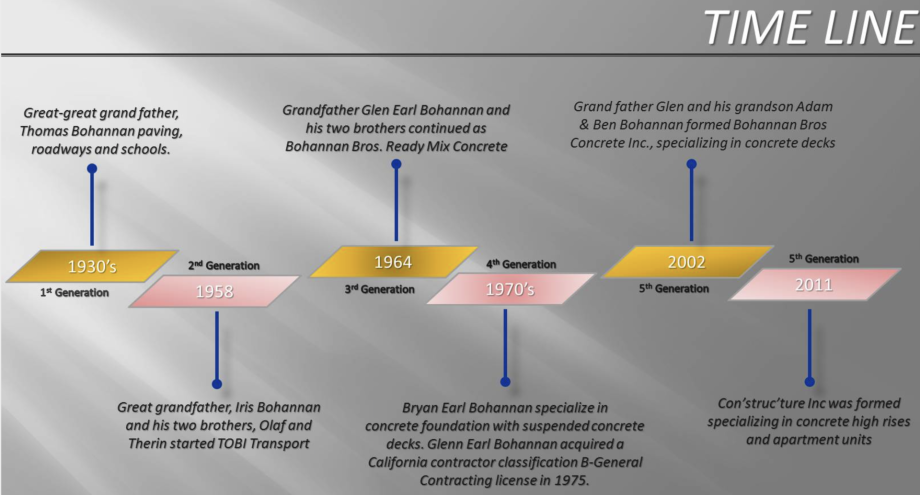 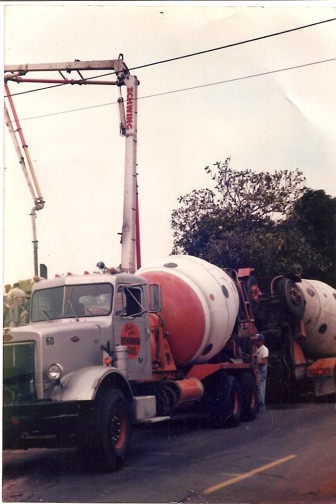 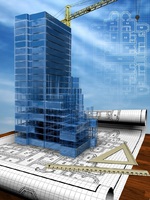 Flexibility, innovation, results: See for yourself how we have built the success of our clients. Click below to explore our past projects.

Looking for an exciting job opportunity? Find out more in our careers section.